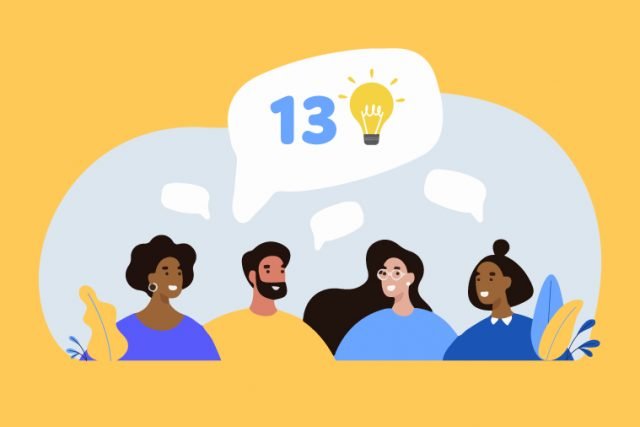 13 Recruitment Campaign Ideas from the Best and the Brightest

Competition to get the right people has never been so fierce. With the rise in businesses and the talent gap widening, top talent is grabbed as soon as it hits the market through exceptional recruitment campaigns.

Recruitment dynamics are rapidly changing. With this change, the balance of power has moved away from the recruiter to the candidates. And candidates are making the most out of this newly-acquired power. They are now presented with multiple opportunities and options. So, when it comes to applying for a job position, the open role is not what attracts them, it is how you as a recruiter present the job opportunity matters.

So, how can you navigate through this tight job market to hire the right talent needed to drive your business to success?

The answer is simple – use innovative recruiting strategies to land top talent just like how these best and the brightest companies have gotten together to find unique, creative, quirky, ways of attracting the right type of people. Read, learn, get ideas and implement.

Twitter in 2012 asked employees to shoot a recruitment video urging potential candidates to join their workforce. Many teams participated in this ‘Join the Flock’ recruitment campaign and hundreds of videos were created. The winner was a mock training video, which effectively managed to send the message across.

The video went viral garnering the attention of their target audience. The potential candidates were then directed to the company’s career page. Twitter in this campaign did what it does best – social selling to the right audience.

Rich Silverstein, co-chairman of Goodby Silverstein & Partners needed a new Personal Assistant. So, the company went all out to hunt for a PA for him. “Work4rich” campaign was launched to fill the role. The applicants were asked to play some quirky games. The quirkiness was taken to the next level when a psychic was employed to sort through the forms. Rich Silverstein did get a PA. Grace Diebel, the winner still holds the position since 2017.

The campaign challenged the age-old recruitment strategies the likes of which are shown in TV shows like The Apprentice.

The humor in the campaign played a huge role in the success of the campaign with lines like “Rich Silverstein answers to nobody, and that nobody could be you.” Who wouldn’t want to be that nobody? The role received 4500 applications. Through Twitter, Goodby Silverstein & Partners reached millions of people.

Google capitalized on its reputation as the world’s leading search engine to create Google’s foo.bar campaign. Google sent replies to people who keyed in specific codes inviting them to take a challenge.

Once the candidate accepts the challenge, Google sent a puzzle at a domain called foo.bar. After a series of successful completion of puzzles, the candidates were directed to Google’s recruitment program.

Google didn’t receive many job applications. It was not their intent anyway. Only the best candidates got through the challenge and that was exactly what Google wanted.

The brilliant element in today’s dating apps is simplicity. With just a simple yes and no, the apps allow you to make small and big decisions. Amazon adopted this brilliant concept and used it for a job ad. The candidates were given a choice swipe right or left on the job ad. It was as simple as that.

Saatchi & Saatchi created an iPhone app game to reach its target market. Through the app, Saatchi & Saatchi invited people to pitch their ideas to the board. After using the app multiple times, the candidates were asked “Tired of bullshit feedback? Change your creative director. Saatchi and Saatchi is looking for art directors and copywriters.”

The game advert was perfectly disguised to reach its perfect target. The campaign was a hit. It received numerous applications and a lot of social media coverage.

Danish agency Uncle Grey used the popular online game ‘Fortress 2‘ to reach out to its target audience. It sponsored the top players as the company ambassadors within the game and used them to promote the company’s recruitment page and distribute posters.

Within a week of the launch of the recruitment campaign, Uncle Grey received 50+ job applications and was successful in sourcing its ideal candidate.

The Swedish Army live-streamed an almost creepy, interactive project that challenged the Swedish to prove if they are willing to help people in need.

In this 4-day “Who Cares” experiment, an anonymous black box with an enclosed room was kept in Central Stockholm. There were no instructions or information, but a person sat in this room. Every hour somebody had to take the place of the person and only then, the person was allowed to leave.

The box was live-streamed to a campaign page that was shared widely on social media. The video main intent was to find out if people cared enough about others to physically replace the person sitting in the room.

The campaign was successful: 74 people participated in the experiment, and the Swedish Army received a whopping 9930 applications for 1430 open roles.

OgilvyOne cleverly launched a recruitment campaign to hunt for ‘The World’s Greatest Salesperson.’ Using the YouTube channel and social media, OgilvyOne asked applicants to sell them a brick. The top contestants were invited to present their sales pitch at the Cannes Lions International Advertising Festival. The winner was rewarded with a 3-month paid fellowship with the agency.

Using the power of social media, Red 5 Studios researched for 100 candidates employed with its competitors. To each of these candidates, Red 5 Studio sent an iPod with a personalised message from CEO Mark Kerr inviting them to apply.

The campaign was so successful that 90 of the 100 candidates responded. And 3 of them left their jobs to work with Red 5.

When IKEA opened its new Australian Mega Store, it needed to fill 100 positions. A huge task which would not have been completed, if IKEA hadn’t thought of an out of the box recruitment campaign strategy.

What IKEA did was extremely phenomenal. They targeted people who love IKEA products – their customers.

IKEA placed ‘career instructions’ inside the company’s product boxes. So, when the customers opened their boxes, they had instructions on how to “assemble a future.” The campaign struck a chord with so many customers that IKEA received 4,285 quality applications out of which 280 were hired.

Royal Marines made a bold recruitment move to weed out mediocre applicants and narrow down their list. In 2001, they shared a gruelling training video to push away people from applying with a strong message, “99.99% need not apply.”

British intelligence and security organization, Government Communications Headquarters (GCHQ) relied on a treasure hunt to hunt for talent. Applicants had to decipher 29 blocks of five letters into five complete answers. Out of 400,000 contestants, only 1% were able to crack the code at the average length of time of 168 hours!

This unconventional recruitment campaign method went viral across all social media platforms. The puzzle was shared over 25,000 times.

Uber has always been a ferocious competitor. With its aggressive campaign ‘Operation SLOG’ Uber hired contractors, whom they called brand ambassadors to take Lyft rides. During their rides, these contractors urged people to switch to Uber while collecting as much information on Lyft as possible before they reached their destination.

What did these companies do differently? What can you learn from these recruitment campaigns?

1. Have a clear understanding of the target market

2. Your company culture and values should reflect in the way you recruit

Today’s talent wants companies to seduce and entice them. Pull your potential candidates with the magnetic appeal of a creatively and effectively executed recruitment strategy.

So next time you’re hiring, look around. The world has changed. Recruitment is not all about boring interviews and job boards. It’s more about what creativity or quirkiness you are bringing to the table that can make you stand out from your competition.

Do you have your own recruitment story? We want to hear. Fill this form to share your recruiting campaign.

Kelly Barcelos is a progressive digital marketing manager specializing in HR and is responsible for leading Jobsoid’s content and social media team. When Kelly is not building campaigns, she is busy creating content and preparing PR topics. She started with Jobsoid as a social media strategist and eventually took over the entire digital marketing team with her innovative approach and technical expertise. 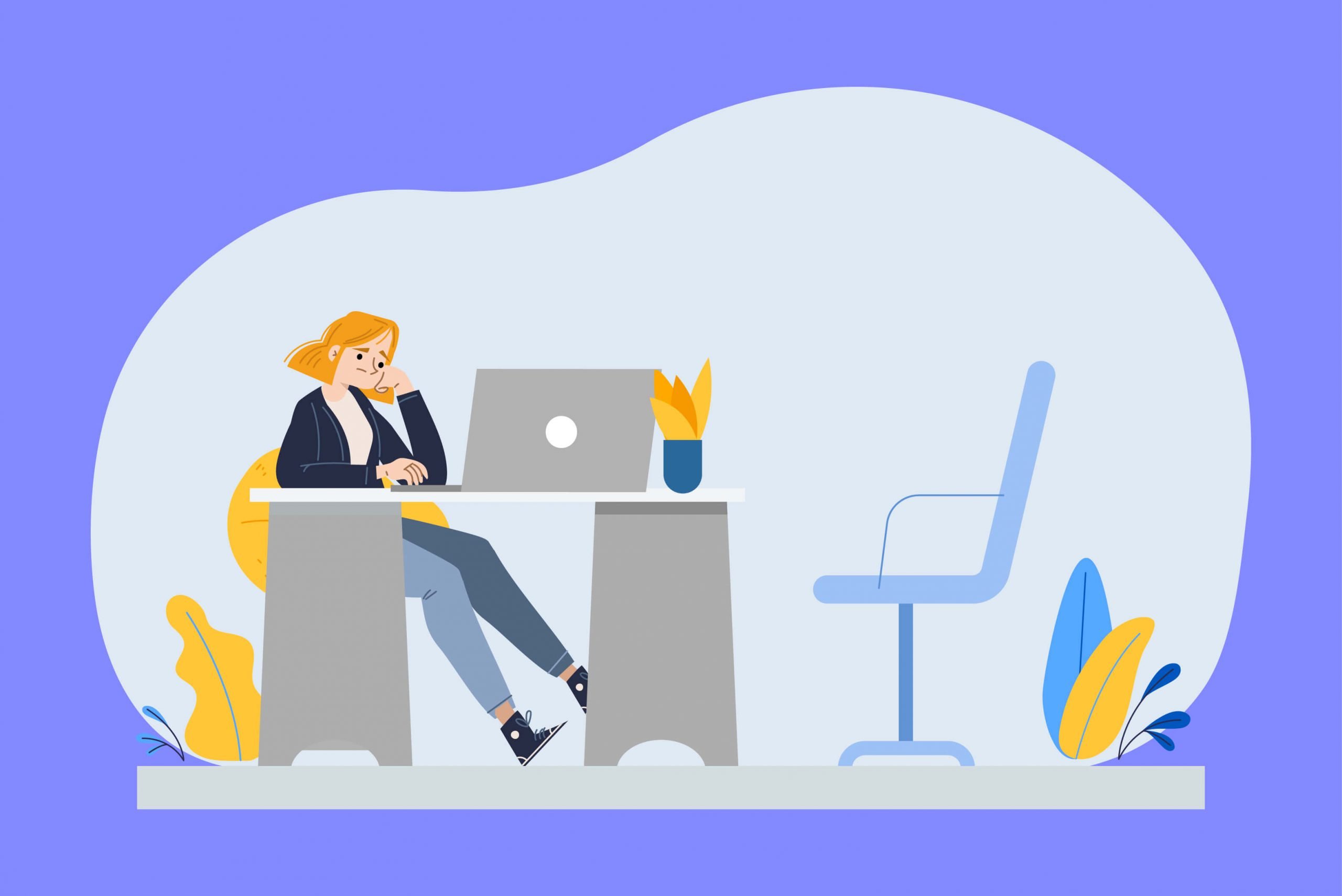 What is the Reason Behind Candidates Ghosting Employers? 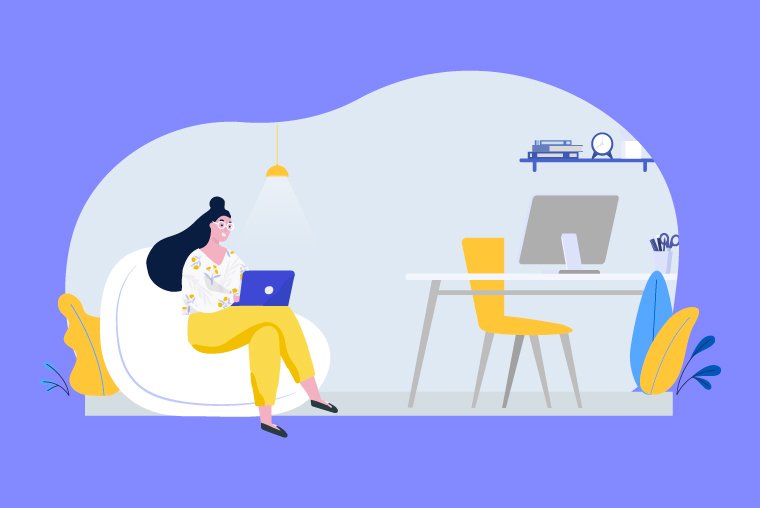 Everything About Agile Work Environment